The MiniSub has always been at the heart of ISOL-8, providing class leading performance at an affordable price. Improving the MiniSub was a real challenge, thousands of satisfied MiniSub owners across the world proved that it was going to be a difficult act to follow.

Through careful development and adaptation we have managed to incorporate many of the innovative technologies found in the highly regarded flagship ISOL-8 SubStations, taking the all new MiniSub Wave and MiniSub Axis a substantial step forward whilst remaining outstanding value for money.

Both the MiniSub Wave and MiniSub Axis share the same fundamental layout and filter complement. The differing technical requirements of low and high current loads are reflected in the separated filter topology found in both versions.

For low current loads, such as source components, each outlet has a separate filter network. This is the feature that made the original MiniSub such a ground breaking product. It reduces system component cross contamination, stopping mains borne noise from one system component affecting others.

Unlike most other conditioners, which only deal with common mode noise, the low/med power outlets can suppress both common and differential mode noise, armed with a new Transmodal filter topology.

In order to understand ISOL-8 Transmodal technology, it is necessary to visit some basic fundamentals of filters in power applications. We have simplified the information below as far as possible for clarity.
When an electrical load is connected to a source a current loop is formed. Transfer of energy takes place as current flows from the source through the load and returns to the source. Electricity makes no distinction between mains power or performance degrading noise. It is all the same to any connected circuit. 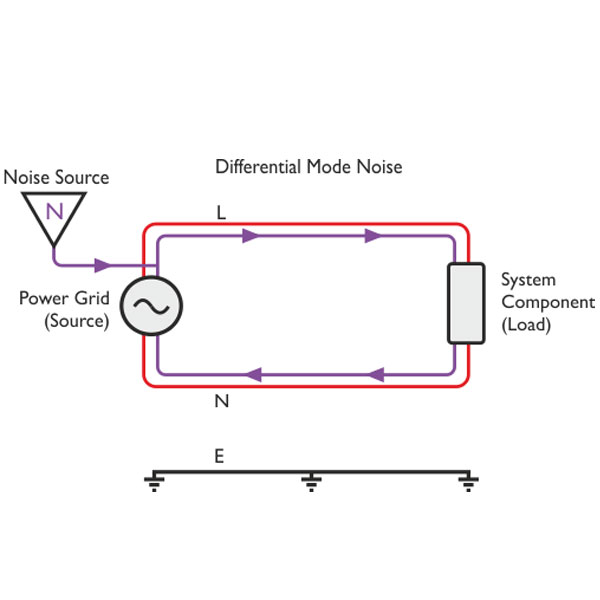 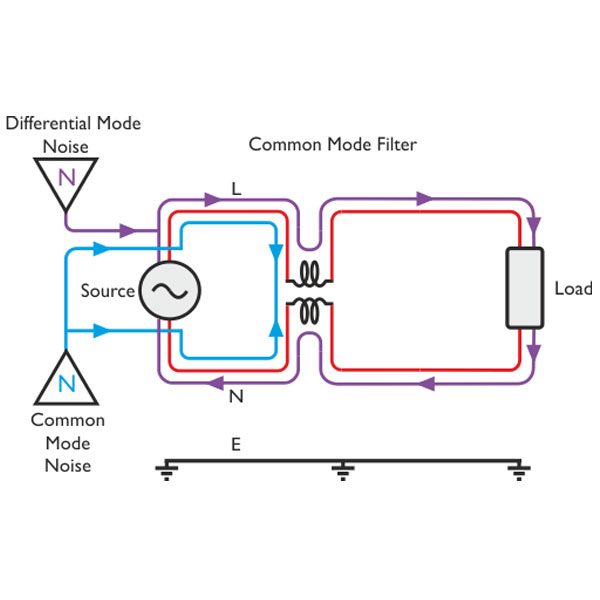 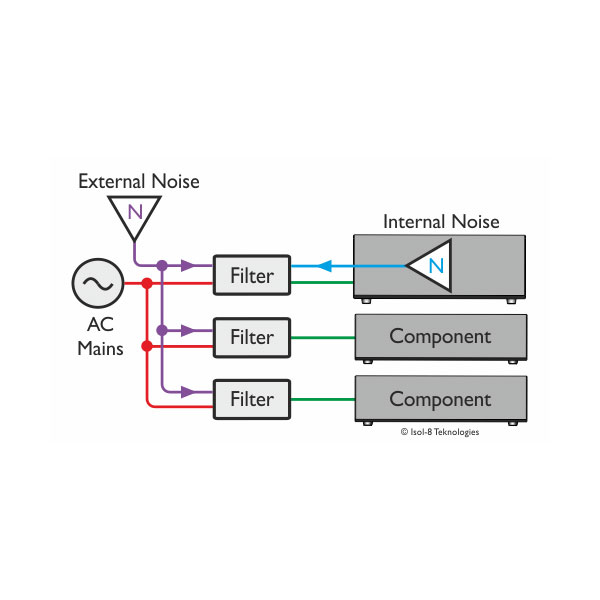 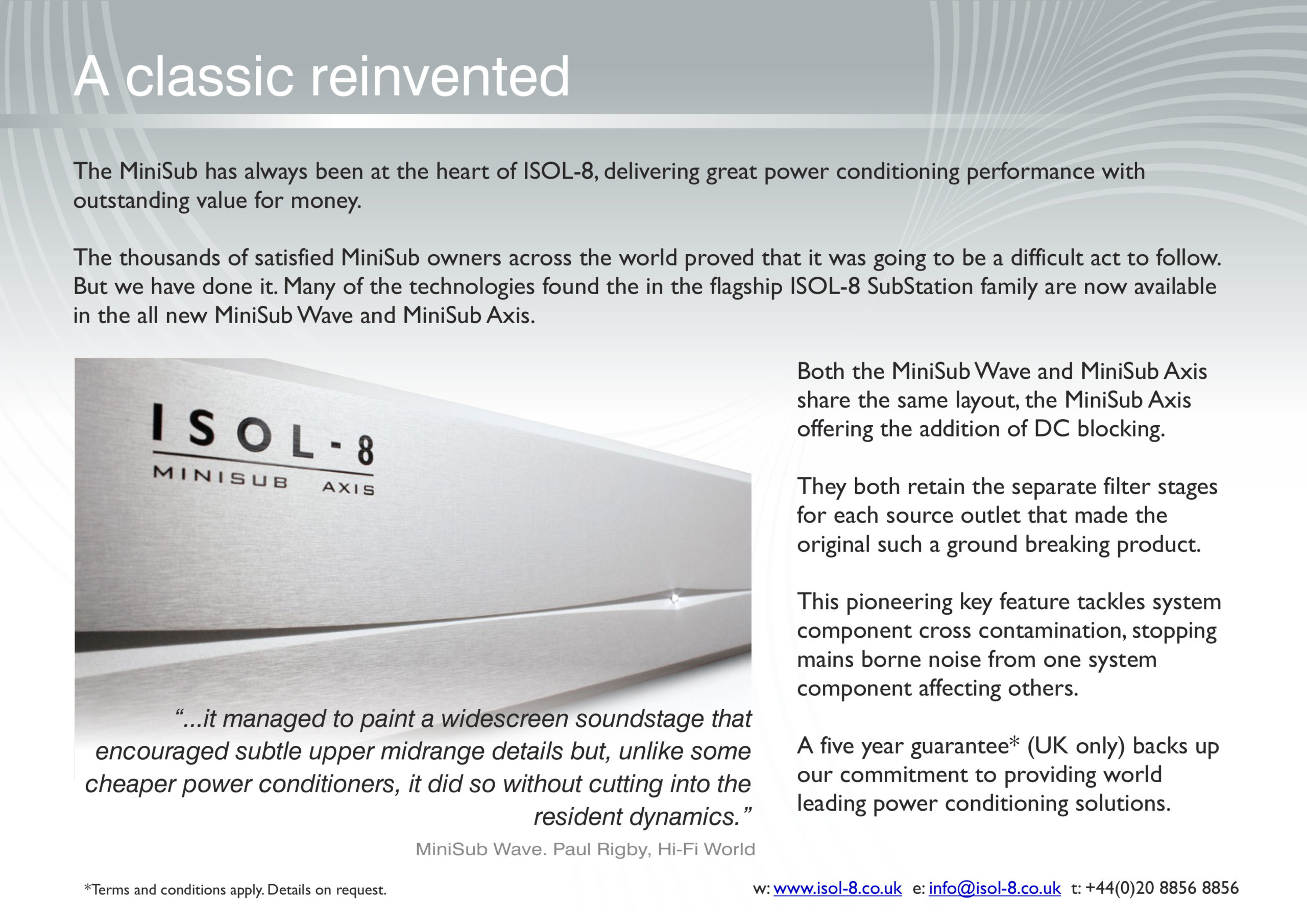 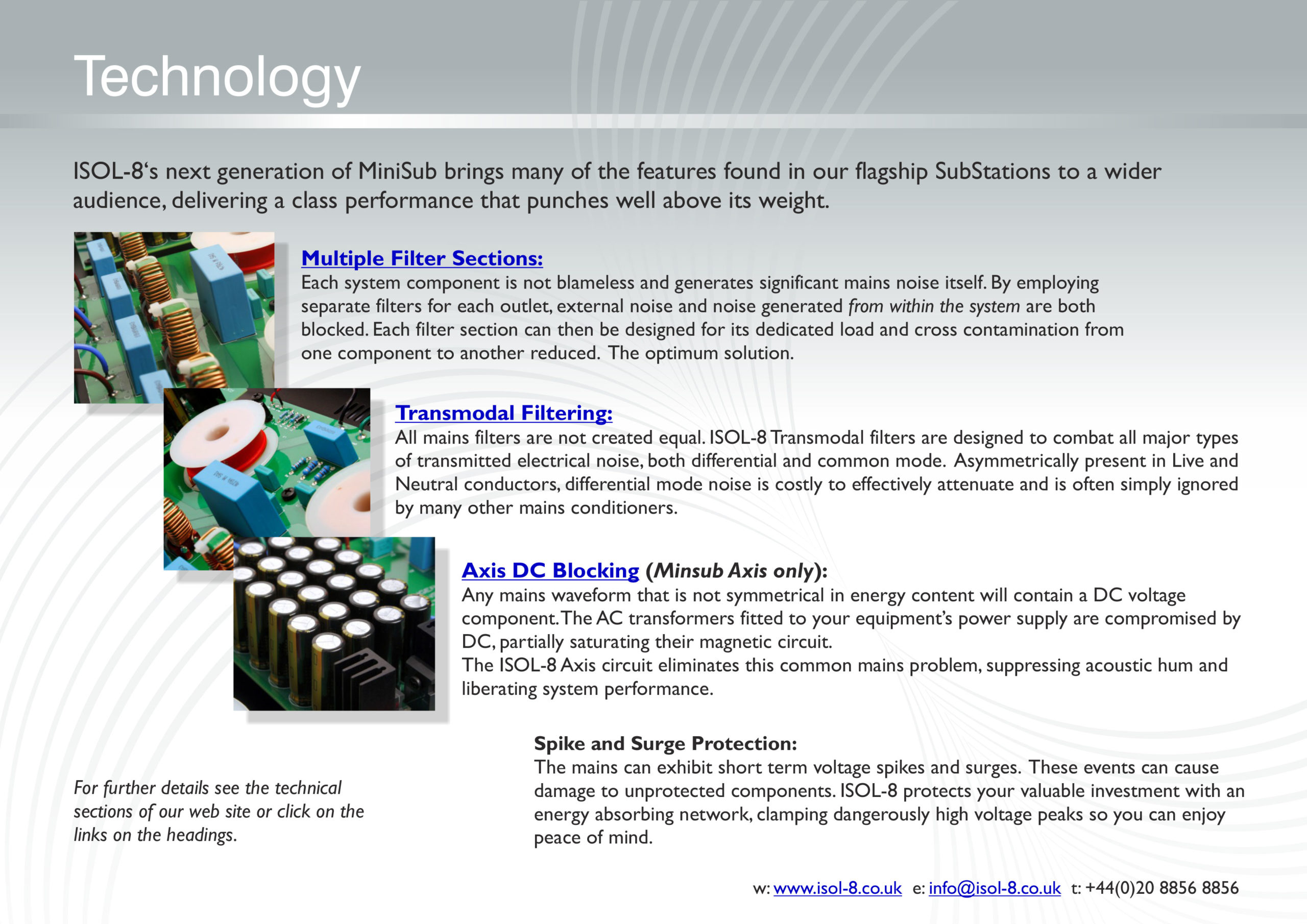 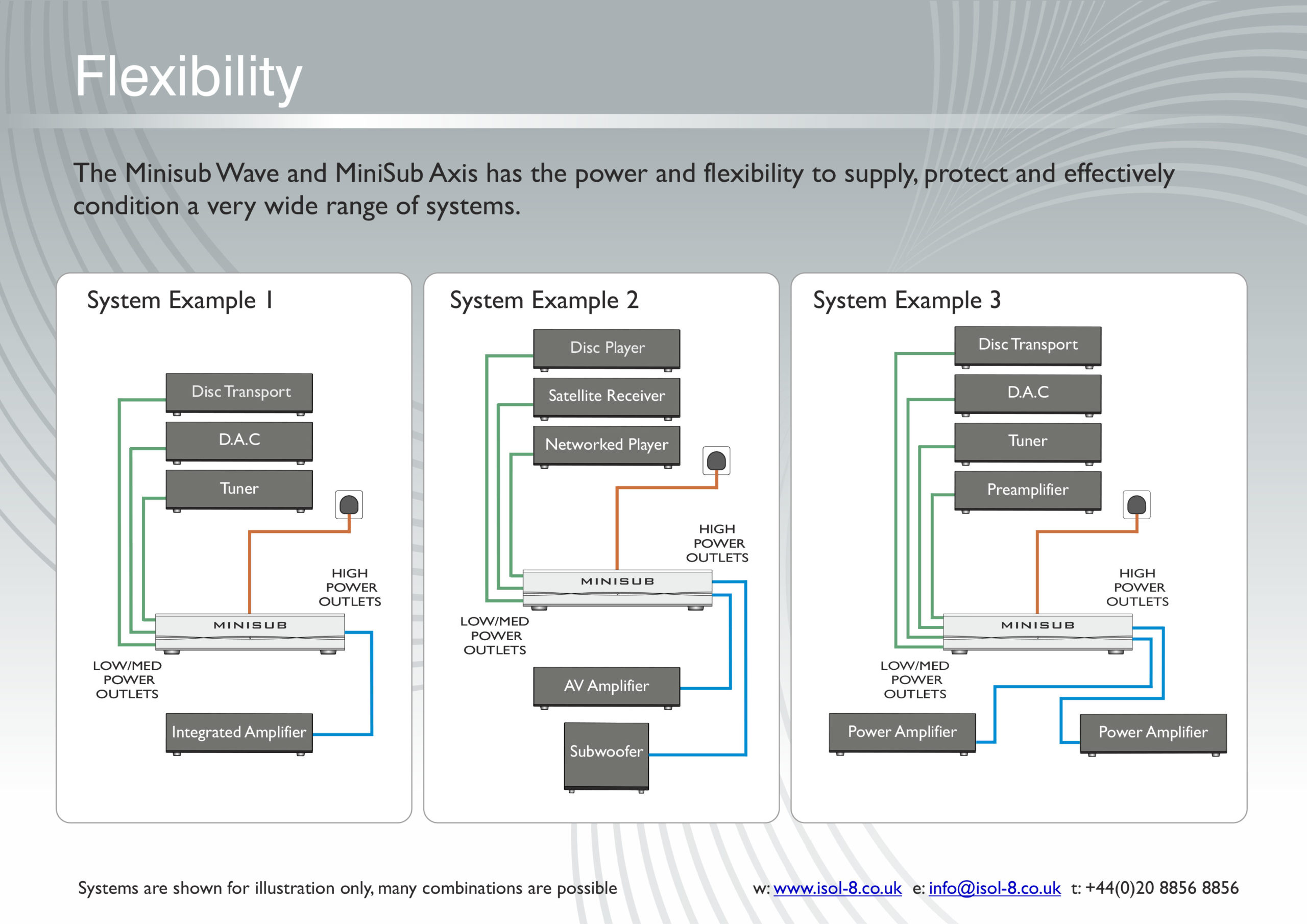 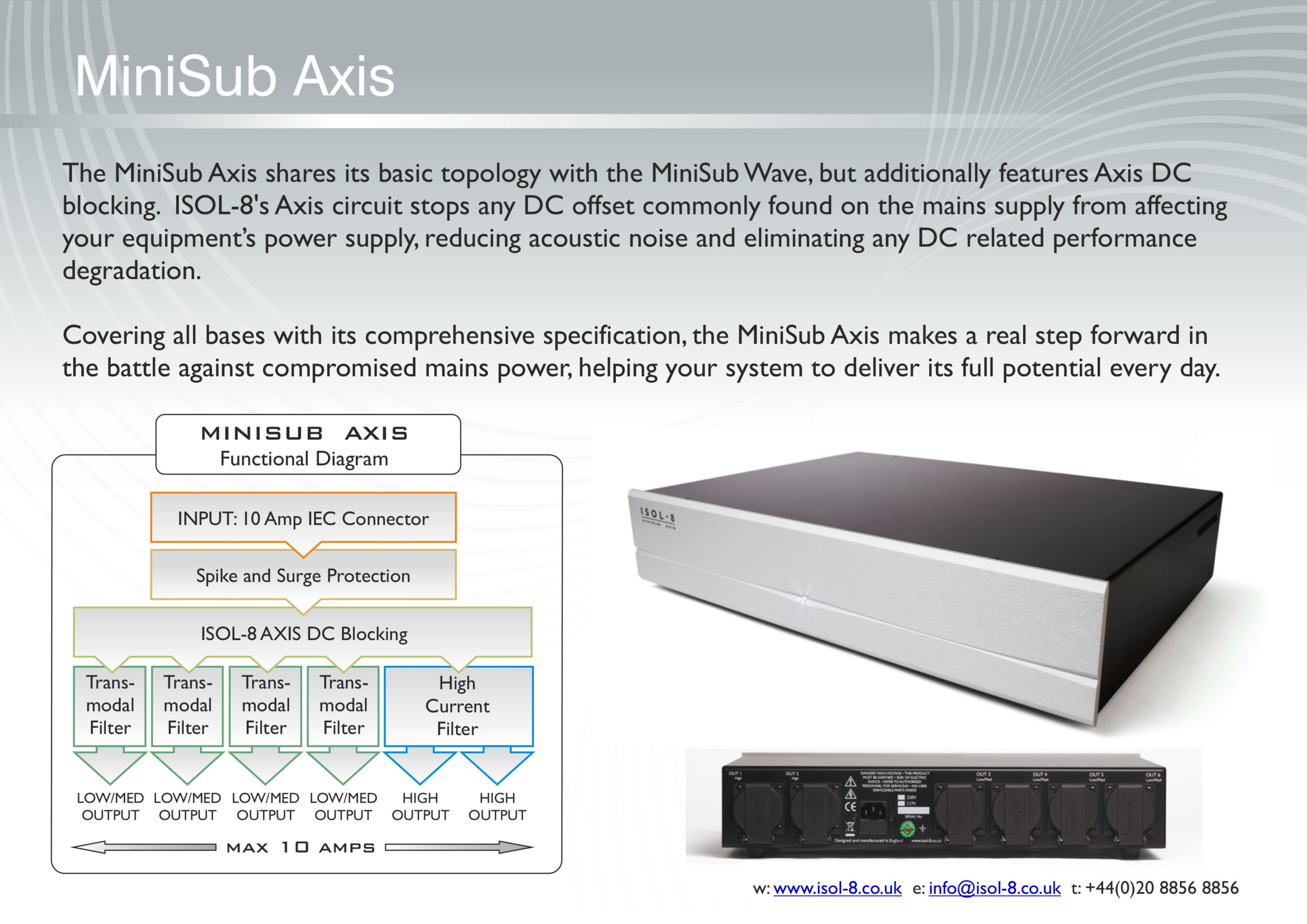