Do you want to stream songs and films from the web in the car, listen to internet radio, use YouTube or Spotify? Everything is possible with the R-D211, RADICAL’s 2-DIN all-rounder. You can easily connect your mobile phone to the media center and thus make optimal use of your mobile phone in the car. You can even install your favorite apps directly on Infotainer as the R-D211 is designed as an open Android system. The RADICAL offers you a capacitive 7″ / 17.8 cm touchscreen and is also equipped with three USB ports, DAB+ and FM tuners and a Bluetooth system. 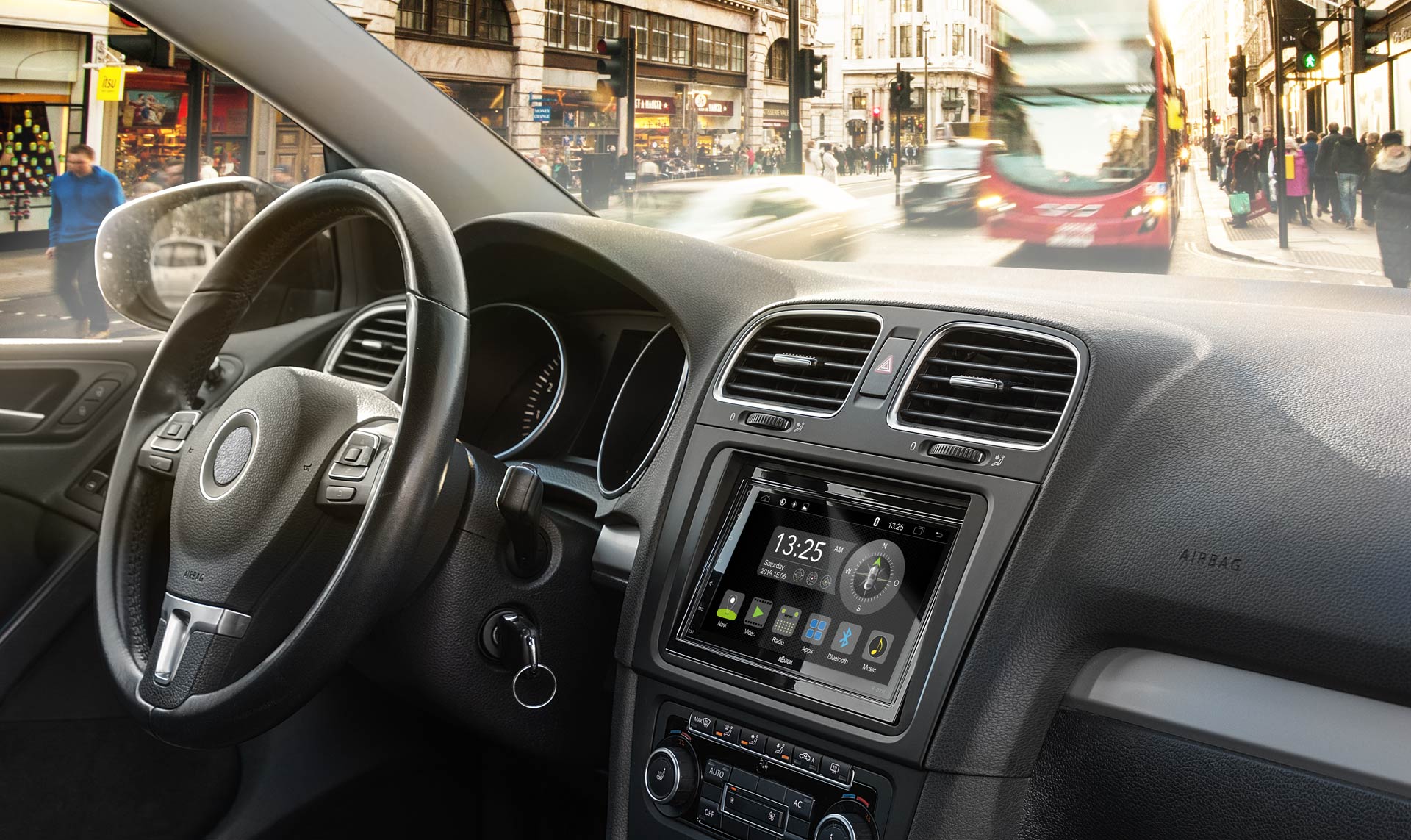 The Media Receiver R-D211 uses an open operating system based on Android 9.0, which allows you to install Android apps directly on the infotainer. You can then operate all mobile phone features that you want to use in the car via the moniceiver touchscreen. Of course, navigation apps can also be installed. The internal 16 GB flash memory offers you enough space for an (almost) unlimited number of apps. With its powerful 1.3 GHz quad-core processor and 2 GB RAM, performance is smooth – even in navigation mode for route guidance.

Digital radio on board

On the move in the network with WLAN / WiFi

If you do not want to install an app, but only want to use it temporarily, you can also mirror the screen content of your Android smartphone to the R-D111 infotainer via CarbitLink and operate it via the touchscreen: Important for apps where you manage or save the data on your mobile phone want. Apple iPhones are also supported by CarbitLink – the only restriction: the apps must be controlled from the iPhone. 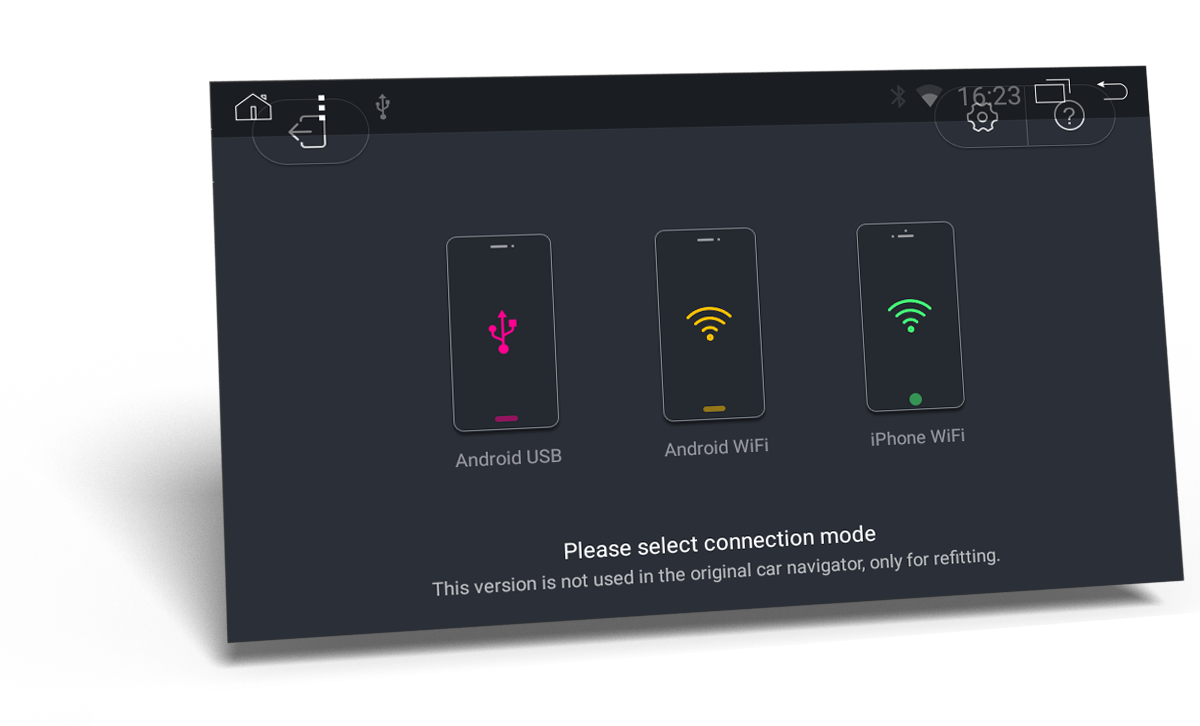 The integrated DAB+ tuner with station list, MOT slide show and DLS text ensures clear digital radio reception. A powerful FM RDS tuner takes over the reception of conventional stations – for example in areas where the DAB+ network is not yet developed. The active DAB antenna is included in the set. 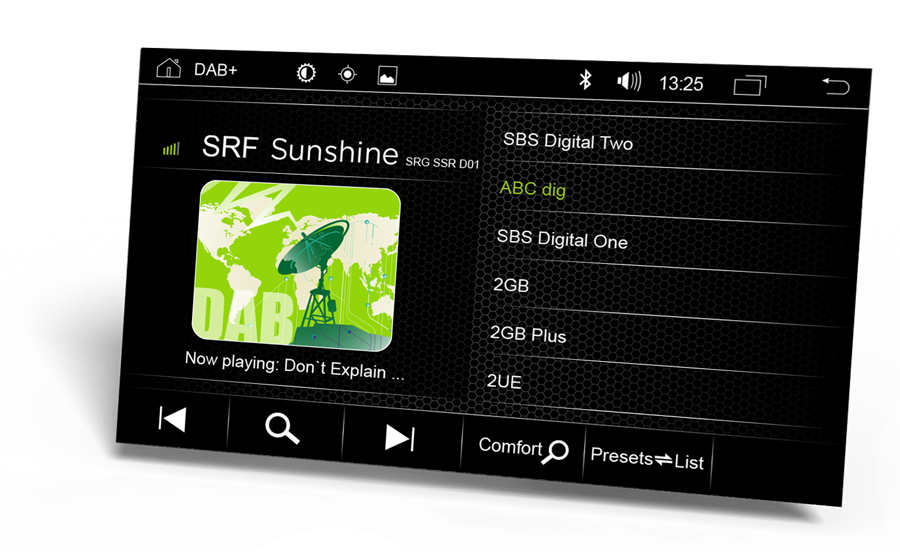 With the pre-installed APK installer, you can install navigation apps of your choice directly on the media center R-D111 and control them via the touchscreen. The R-D111 has a very powerful 1.3 GHz quad-core CPU with 2 GB of RAM and 16 GB of flash memory, so that the navigation apps and background processes run smoothly. 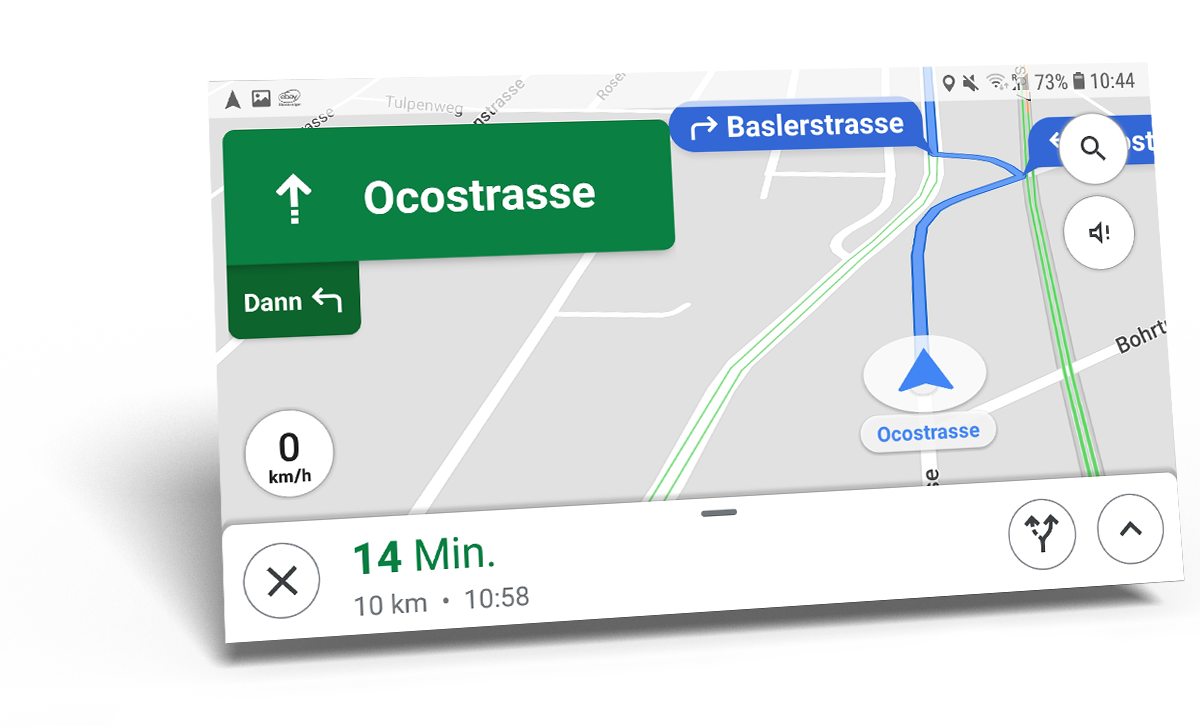 The RADICAL Android car radio can be easily installed in vehicles with a 1-DIN installation slot. However, the dashboard should offer enough space for the large display. The R-D111 has an adjustment mechanism that allows the display tilt angle (+20° to -20°) and the display basic height (+30 mm to -30 mm) to be adjusted. The media center has variable multicolor sensor key lighting for perfect adaptation to the lighting color of your cockpit.